This article was first published on September 6, 2013 at Ballot Access News. Reproduced by permission of the author.

On September 5, Alameda County Superior Court Judge Lawrence J. Appel upheld California’s top-two primary system, which has been in effect starting in 2011, and which is also known as Proposition 14. The case is Rubin v Bowen, RG11-605301. The case had been filed by the Green, Libertarian, and Peace & Freedom Parties. The decision can be read on the Court’s web page, but at this time no link is available. Update: the decision is now posted here.

The decision relies entirely on dicta in the U.S. Supreme Court decision Munro v Socialist Workers Party, issued in 1986. In that case, Washington state had a blanket primary, and said no one could be on the November ballot unless he or she polled at least 1% in the blanket primary. The holding in that 1986 case was that the 1% vote test is constitutional because the Court had already upheld petitions as high as 5%, and the Court felt that “the differences between the two mechanisms” (the petition method and the primary vote test) are not significant.

END_OF_DOCUMENT_TOKEN_TO_BE_REPLACED 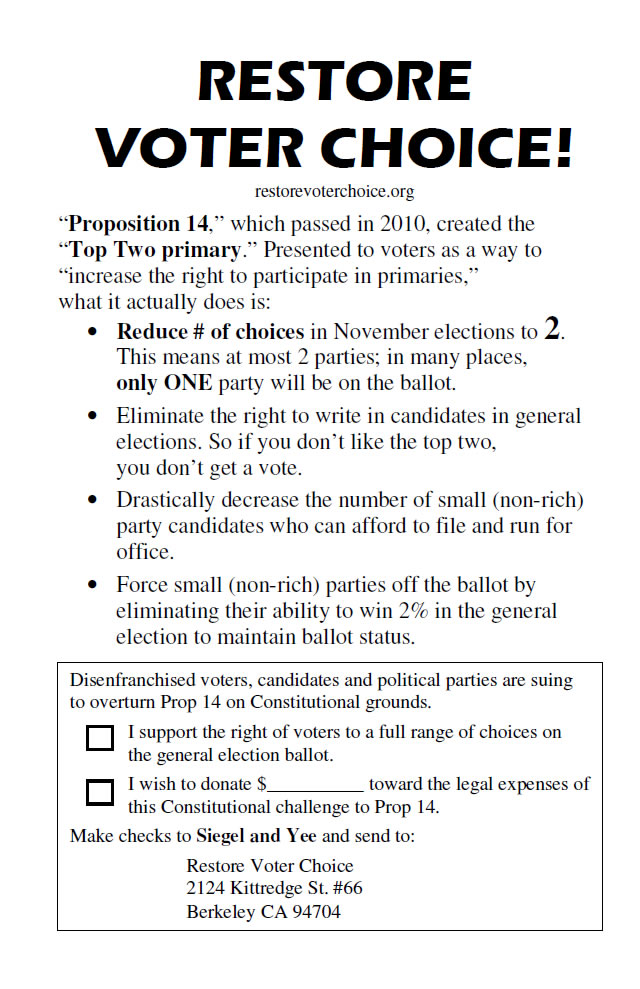